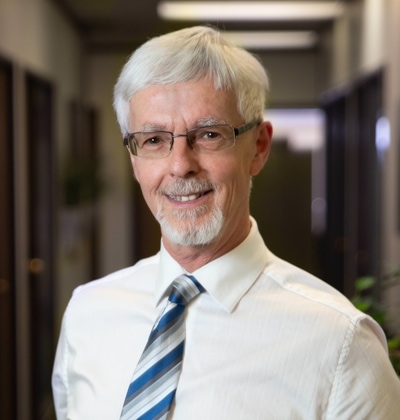 Have a read through our FAQs for further information about how an appraisal works, the technology behind appraising, and also for information on selling your personal items

To book an appointment head over to our Bookings Page. I look forward to meeting you.

What is a jewelry appraisal?

What is a jewelry appraisal?

A jewelry appraisal is a written professional estimate of the quality and value of an item of jewelry or gemstone.  It is an opinion of the value based on the appraiser’s expertise, research and gemological instruments used.

The details of the item contained within an appraisal document are most important as they help justify the final estimated value.

A Replacement Value Appraisal for the purpose of insurance is one type of appraisal where the precise details of the description are very important in order for the article to be properly replaced in the case of a loss.

As a client of Imperial Gem Lab you can expect to receive a fair value estimate backed by a very detailed report and photos of your jewelry, appraised by a certified gemologist.

How much should a jewelry appraisal cost?

Jewellery appraisal fees vary according to the complexity of the item being appraised and the intended use of the appraisal. As professional appraisers we strive to provide thorough and detailed appraisals and charge a fair fee according to the job done.

Most items are charged on a per item basis although an hourly rate can be negotiated for certain services, such as consultations or out of office jobs.

We will provide you with an estimate of the fees for your appraisal before any work is done. See “Appraisal Rates” for more information

For more than 3 items, email or call for a quote.  Standard fees for additional items average $75.00 each.

Note: In accordance with CJA (CAP) rulings we do not charge a percentage fee based on the value of the items being appraised.

All appraisals are carried out on the same day. We will not hold your items overnight.

How do I book an Appraisal?

What are some questions to ask potential appraisers?
Why choose an ASA-accredited appraiser?

ASA-accredited appraisers provide exceptional valuation expertise as they earn their designations only after completing a rigorous course structure and peer-evaluation process that requires years of study, experience, dedication and commitment. ASA accredited appraisers follow both the professional standards set forth by the Appraisal Foundation and ASA’s own Code of Ethics and Principles of Appraisal Practice to provide a credible, objective opinion of value.

Why should a consumer get a jewelry appraisal?

The jewelry appraisal should include the following:

What you can expect at your in person appointment?

IGL is committed to protect your valuables by providing premium same-day service and the most accurate information available for appraising jewellery and gemstones. Your valuables are never kept overnight

Find (link to map) Imperial Gem Lab conveniently located in Vancouver at the corner of Boundary and Kingsway at the Central Park Business Centre (across from Central Park and the Telus building). Metered and free parking is available around and below the building.

What is an Appraisal Report?

An appraisal report is a document that:

What is a Fair Market Value Appraisal?

Fair Market Value as defined by U.S. Treasury regulations is “The price at which the property would change hands between a willing buyer and a willing seller, neither being under and compulsion to buy or sell and both having a reasonable knowledge of the relevant facts”

Fair market value is used in making appraisals for:

What does “ASA” mean?

“ASA” stands for the “American Society of Appraisers” and also for members with the designation of “Accredited Senior Appraiser.”

Who are the members of the ASA?

What does it take to become ASA accredited?

An appraiser must invest in academic study and hands-on, full-time experience; and must prove competency through passing qualifying examinations in valuation theory, ethics, and at least one specialty, plus peer-review approval of appraisal reports. AM designation requires two years of full-time appraising experience, and ASA designation requires five years. FASA is the highest level, only awarded to ASA-level members by the Board of Governors for notable contributions to the society and the appraisal profession.

What is a Registered Master Valuer Tm?

The Registered Master Valuer designation is earned by qualified gemologists who have successfully completed the Master Valuer Program, a comprehensive appraisal program which includes learning appraisal methodology for writing appraisals of all types – insurance, estate, donation, probate. The latest trends, laws, and new technologies are all discussed in the course curriculum.

The RMV program is recognized by every responsible gem and jewelry organization in the world and is endorsed by the Canadian Jewellers Association.

Harold Lindsay is a Registered Master Valuer with the Registered Number 0 090710144.

Why should a consumer get a jewelry appraisal?

Appraisals are done for many reasons ranging from estate planning to buying a home to determining value for insurance or tax purposes. The most important factor to be concerned with is choosing the correct appraiser to do the work.

The most common reason for obtaining an appraisal is for insurance purposes (i.e. insuring against loss, theft, or damage)

What is a Certified Appraisal Professional-CJA (CAP)?

Canadian Jewellers Association has established a set of requirements and a series of practical and theoretical examinations that test the appraising skills of jewelers and gemologists. In addition to obtaining a gemologist designation from a recognized institution the applicant must provide proof of education in jewelry appraisal sciences. Upon successful completion of all criteria, these jewelers and gemologists are considered qualified and are empowered to emboss their appraisals with the following seal, signifying their title as a Certified Appraisal Professional-CJA (CAP).

How Do I Insure My Jewellery?

Your jewelry is precious and brings you great joy, but what if one day it disappeared? Replacing your jewelry can be very expensive.

Jewellery Insurance is a prudent means of protecting yourself from such unfortunate events.

Your household insurance policy includes basic coverage against jewelry theft. Usually there is a maximum amount covered under this type of policy, up to approximately $5000.00 for any single event. Although jewelry appraisals are not required undera household policy, the coverage is very limited. If for instance your jewelry is stolen away from home this policy will not cover your loss.

To properly cover your jewelry against loss, theft or damage you need to insure it individually within your household policy. This is called scheduling your jewelry or adding a rider to your policy. By scheduling your items you will be able to extend your policy to cover against “all perils” such as damage to your diamond, mysterious disappearance and even theft or loss while away from you home. Scheduling your jewelry requires a Replacement Value Appraisal Report. This report should be carried out by a qualified gemologist who is experienced with jewelry valuations. Imperial Gem Lab can supply you with this service.

For further information on household insurance policies please contact your insurance agency. To source an insurance agent in your area,access the following link to the Insurance Bureau of British Columbia web site.

Tax on Inherited Property
Keeping Records Can Prevent Surprises Later
As a general rule, inherited property is non-taxable in Canada. At the time you receive your inheritance, you don’t need to report its value on your return at all. But be warned: that doesn’t mean that there are no tax consequences and nothing you need to do.

If your inheritance includes assets that could grow in value before you ultimately sell them (e.g. land, buildings, stocks or shares, precious metals or stones) you need to record their fair market value as they pass into your possession.

Avoid headaches by obtaining a legally convincing estimate of fair market value (for example, a signed letter from an experienced appraiser) when you first inherit them.

The reason is that you may someday have to pay capital gains tax on the asset if you decide to sell it, and the value at the time of inheriting the asset will be key in calculating how much tax you owe.

Let’s take a moment to understand what capital gains tax is.

In Canada, capital gains are treated as a kind of income, and like all income, they’re taxable. That’s called the capital gains tax.

When you sell something you originally purchased, it’s easy to calculate the original fair market value: you just have to show your original receipt. (Assuming you purchased it from a stranger, and not a close friend or family member who gave you a bargain price.)

So what happens if you sell a ring that you inherited? In other words, in a case where you paid nothing for the ring originally?

By the time you’re ready to sell the asset and calculate the capital gain, it may be too late to go back and figure out what its fair market value was at the time you came to possess it.

So when you inherit any asset that could increase in value before eventually being sold, it’s important to get some kind of credible proof of its value at the time it passed into your hands. This may mean bringing in a third-party appraiser.

Without proof of the fair market value, you may be forced to accept the Canada Revenue Agency’s estimate of its value, which could work against you if their estimate is low.

How should a consumer choose an appraiser?

Canadian Jewellers Association (CJA) recommends that you select an appraiser who is a Certified Appraisal Professional-CJA (CAP). CJA is the national jewelry trade association that builds trust, awareness, understanding and desirability for Canadian jewelry products. CJA is the voice of the Canadian jewelry industry. A full list of current CAP-CJA members can be obtained by visiting the CJA website located at www.canadianjewellers.com.

This website uses cookies to improve your experience while you navigate through the website. Out of these, the cookies that are categorized as necessary are stored on your browser as they are essential for the working of basic functionalities of the website. We also use third-party cookies that help us analyze and understand how you use this website. These cookies will be stored in your browser only with your consent. You also have the option to opt-out of these cookies. But opting out of some of these cookies may affect your browsing experience.
Necessary Always Enabled
Necessary cookies are absolutely essential for the website to function properly. This category only includes cookies that ensures basic functionalities and security features of the website. These cookies do not store any personal information.
Non-necessary
Any cookies that may not be particularly necessary for the website to function and is used specifically to collect user personal data via analytics, ads, other embedded contents are termed as non-necessary cookies. It is mandatory to procure user consent prior to running these cookies on your website.
SAVE & ACCEPT